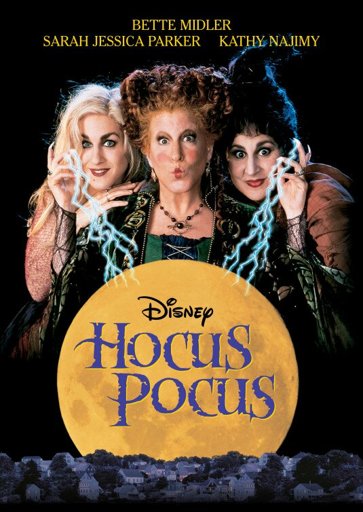 Halloween Town is a Disney Channel original movie that was created in 1998 and was directed by Duwanye Dunham. This spooky movie is about a young girl Marnie, who lives in the human world with her mother and her two siblings. Marnie’s grandmother visits them on Halloween night for an eerie surprise from her hometown, “Halloween Town.” When Marnie learns she is a young witch, she must help her grandmother save her town from evil forces.

Hocus Pocus is also a Disney Channel original movie that was originated in 1993 and was directed by Kenny Ortega. This Disney favorite is about a teen Max, and his family, moving to Salem. Max and his sister discover an abandoned house with ghoulish surprises. The kids must steal the witches’ book of spells to stop them from becoming immortal.

Monster House was originated and organized by Gil Kenan in 2006. Three young kids are suspicious of the next-door neighbor and are asserting there are creatures hidden to hurt them. On Halloween night, the trio sneaks in and discover hidden secrets living in the streets of their town. They must destroy the structure before evil gets to the innocent trick-or-treaters.

The Nightmare Before Christmas

This holiday-filled movie was created in 1993 by Tim Burton. Jack Skellington, the Halloween town’s pumpkin king, gets sick of his daily spooky routines of scaring people in the mortal world and seeks the joy of a Christmas town. He starts to obsess over the cheerful and colorful delights of the holiday, so he plots to bring Christmas under his control.

The Little Vampire originated in 2000 and was directed by Uli Edel. This film is about an only child, Tony, who tries to fit in at school but gets bullied by his classmates. Tony meets Rudolph who is his vampire best friend, but Rudolph finds himself in trouble with vampire hunters. Tony must find the strength and courage in him to save his best friend.