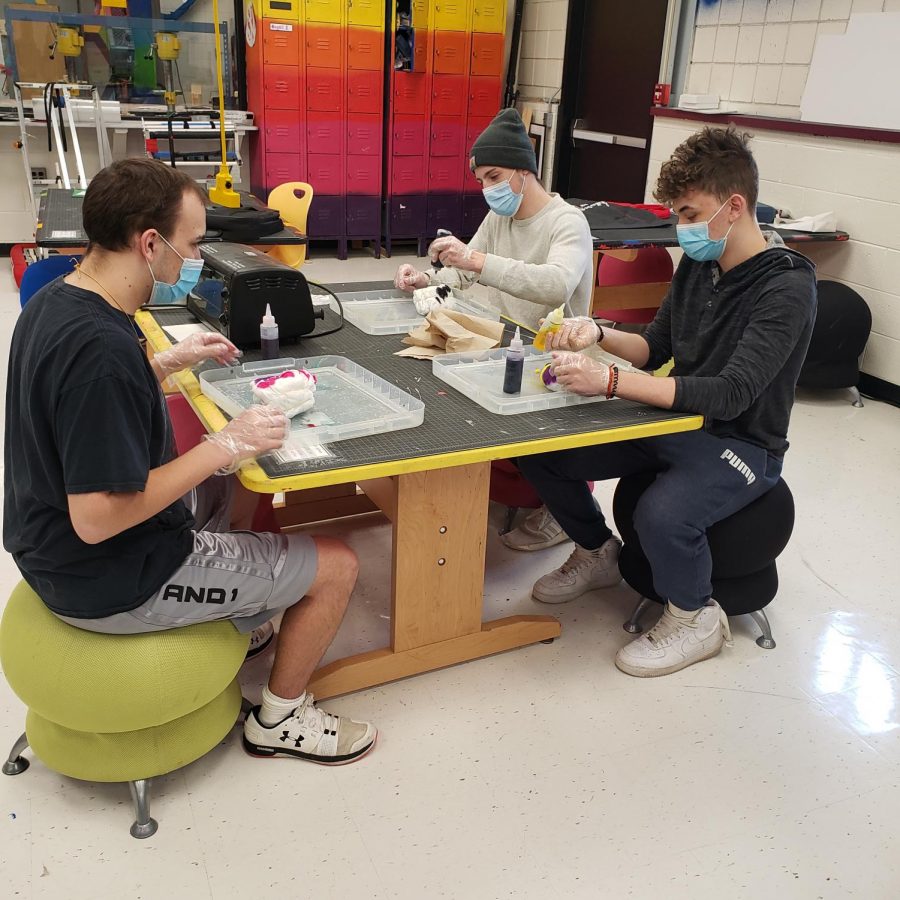 Led by Mallory Buzun-Miller, Digital Design is a Career and Technical Education (CTE) class Lake Shore offers for students willing to plug their hard drives into the world of technology, creating items out of different mediums.

Robert Wooton, a former student of Digital Design, suggests, “If you’re willing to pick up new skills, especially with new technology that’s coming out, you’re going to have a fun time with the class. You’re going to learn something valuable that you’ll use later in life. It will come in handy.”

Buzun-Miller thinks the most beneficial aspect learned is, “Their ability to think creatively. I think with a lot of the other core classes, It’s very much black and white. And so they get to come in here and kind of step outside of that box, do hands-on things, play around with different software, and different types of technology.”

Buzun-Miller believes that Digital Design sheds light on a student’s proficiency to express their creativity in an environment where freedom of expression is limited. Buzun-Miller adds, “Everything’s always changing. As things are changing in the work industry, things will continue as they change in our class. As things come in and change things will change within the class to kind of meet that so that they’re prepared when they leave my class at least with basic skills to go into the industry if they wanted to.”

Another former student of Digital Design, Nate Dreisbach, mentions a software used called Pixlr-E. He said, “It’s free to use unlike Photoshop, but it’s very similar to the program.”

He added, “… More recently, with our Shorian Report Instagram and TikTok accounts, we have to create logos for them. Using Pixlr-E and having Mrs. Miller as a teacher really helped me in the direction of getting there and if you’re running a business this class would make it easy to use and some class like that is a very useful class.”

Driesbach was able to utilize material previously learned in Digital Design and applied it to a real-life scenario of creating graphics which shows the class’s significance.

Digital Design, as its name states, uses multiple forms of technology, Pixlr-E was beneficial to students to create logos and designs. A program more well-known to most is Photoshop. Buzun-Miller mentions how Photoshop is typically used in Digital Design. She states, “They can get certified in photoshop and design by taking a test through Adobe which can grant them their certificate.”

It is interesting to note that receiving a real Photoshop certification is a bonus included in the class. Aside from these mediums, a very prominent aspect of this class according to Buzun-Miller, Driesbach and Wooton, is using the glow forge. The glow forge is a laser printer where you create a logo or design on a program using a computer. Then that is sent to the glow forge which laser cuts out the uploaded design. 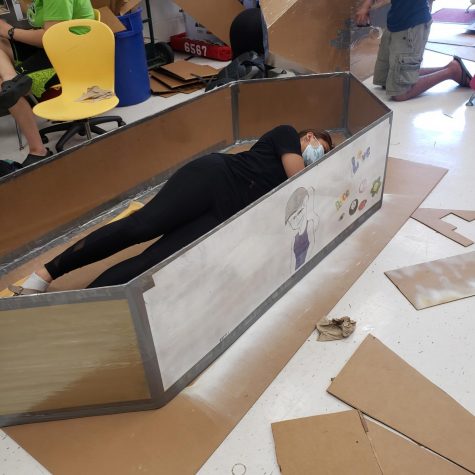 This project allowed students to upload their own design in order to create keychains.

Driesbach states, “Compared to other classes it doesn’t feel like a forced subject that you have to learn, it’s actually surrounding stuff that mostly our generation is interested in. And the people who are in it want to be in it, so I think this class stands out from your core classes.” Which further exemplifies the uniqueness of the class and its environment.

Buzun-Miller concludes with how Digital Design’s course is all about experimentation and preparation for the industries pertaining to these mediums.

Digital Design at Lake Shore offers an outlet of creativity for students who want to prepare for future careers that involve advanced technology and critical thinking. Projects are a continuum that complements the learning process of Digital Design.