Jamie Owens: Directing Herself To Film, Fiction, And Fulfillment 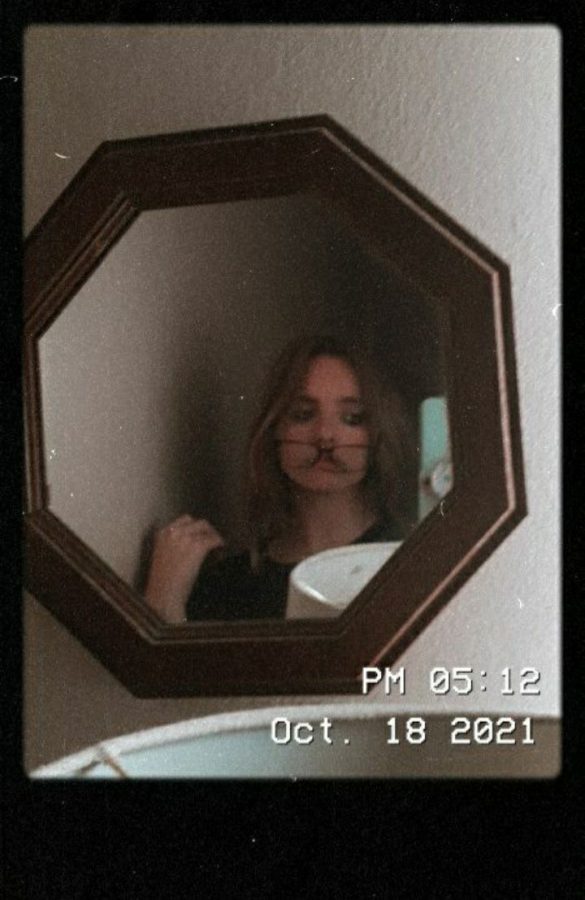 Jamie Owens, junior, may be seen in the halls as the stereotypical reserved art kid, but there is much more to her life than many may assume. Owens lives in a hypothetical headspace of originality and dreams, with hopes to see her name on the big screens in the future. She utilizes her artistic ability to create beautiful works and stays inspired by big-league filmmakers to push her towards her dreams becoming reality.

Owens had a repetitive notion of mentioning the way she tends to be in her head a lot. She explained, “I would love to be a director. I feel like all I do is daydream and think of fake things, so if I can somehow make that into something people can connect and relate to would take me somewhere instead of just sitting here daydreaming, I could do something with that dream.”

Owen’s love for being a director started pretty early, in fifth grade. She was given a project to do research on a celebrity who was in charge of something, and she selected Steven Speilberg. She states, “I was thinking, ‘this guy made Jaws, he made Indiana Jones, how is this one guy making all of these things?’ As I grew up, I started to find movies and TV as an escape because they’re just dreams that people bring to screen and I just love that so much and the more I found out about the film, the more I loved it….I just like how he was able to do that and he opened the doors for so many other people including me because it seemed like he was saying ‘look, this is awesome, you can do it too.’”

While in this fictional world, Owens has stirred up a plethora of characters with their own thought process, activities, and other things that she uses to connect to or as another way to handle stressful situations, because struggling to comprehend emotions sometimes is a normal issue most people face. Her favorite character, Julie, is a single mom who raises two kids who are not much like her. She finds it interesting how Julie’s bubbly but also day-dream-like personality is able to handle the contrasting characteristics of her children.

Owens is a Media Productions student at Lake Shore, and has produced the intro all students see on the Shorian Report, our news channel, every day. You can find that here. She appreciates how everyone has commended her for her work on the intro, and this is just the beginning of her work of film. Film is not her only specialty: she has also created a painting of a 70’s director named John Waters, and she is proud of how accurately she was able to paint his face. For this month of October, Owens has been working on creating some pieces of art of lesser-known celebrities or other subjects in the theme of Halloween. She likes to call this her “31-Day-Drawing-Thingy.” Whether she is using her favorite medium of colored pencils, or if she is painting, sculpting, etcetera, the support from her peers has been very positive, and she is most proud of the ideas forged from her head.

Owens analyzes film and literature as a way of learning. She tries to take pride in the work she does, but also hopes to inspire others to pursue their dreams. Owens has lots of depth, critical thinking and creativity to her, and this is something that she must be acknowledged for.