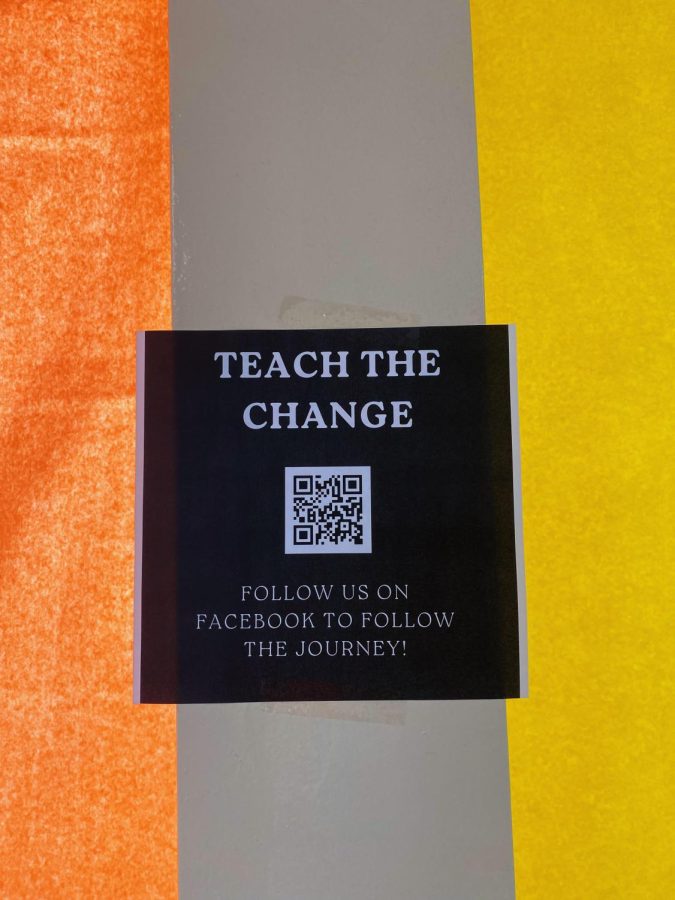 With graphic designs, Facebook posts, and informational posters, the Teach The Change program has gained a lot of traction. Even still, Teach The Change and its members have plans to further voice their opinion until students’ goals are met.

Member Dominic Bell describes Teach The Change as a “Student-led movement we are doing to give our teachers fair compensation for the work they’ve done.”

Another member, Michael Henry, adds on to Bell explaining, “We are hoping teachers get something for the work they’ve done from Covid stress and all the changes caused by school. The payment system is flawed, and we are the third-lowest paid district in the county.” This comparison is just one of many that Teach The Change is focusing on exposing.

Students of Teach The Change made it clear that the distribution of pay for the superintendent to teacher ratio is flawed. For example, the Lake Shore district has no more than 4,000 kids, compared to other districts with much more. Superintendents of schools with higher populations get a larger pay because it makes sense to their district. However, Lake Shore’s Superintendent makes nearly as much as them, which is concerning. This is one of the many problems that students in the class intend to address in order to restore equity within the district.

Teachers of neighboring schools make more than most teachers of Lake Shore. New programs offered to teachers have made it so brand-new teachers earned more starting salaries than teachers who have been at the building longer

Although Teach The Change is fairly new, the traction gained from staff, students, and even local citizen support has been significant. In order to spread informed facts and opinions, students of the project have been putting informational flyers around the school. Teach The Change’s Facebook page frequently posts requesting action for change.

Suspected to be a response to Teach The Change, each teacher of Lake Shore received a $1,000 “retention bonus”. However, Bell, Henry, and other members are hoping that this bonus is not the only action administrators will use as an excuse to fix the issue.

Teach The Change persists as students fight for equal teacher pay, and Barr will advise her group as they plan to take further measures to spread awareness about the group. Barr states, “On February 28th, we most likely plan to list a spot for the board meeting to talk about this issue.”