Updating Chromebooks Is Necessary For Education 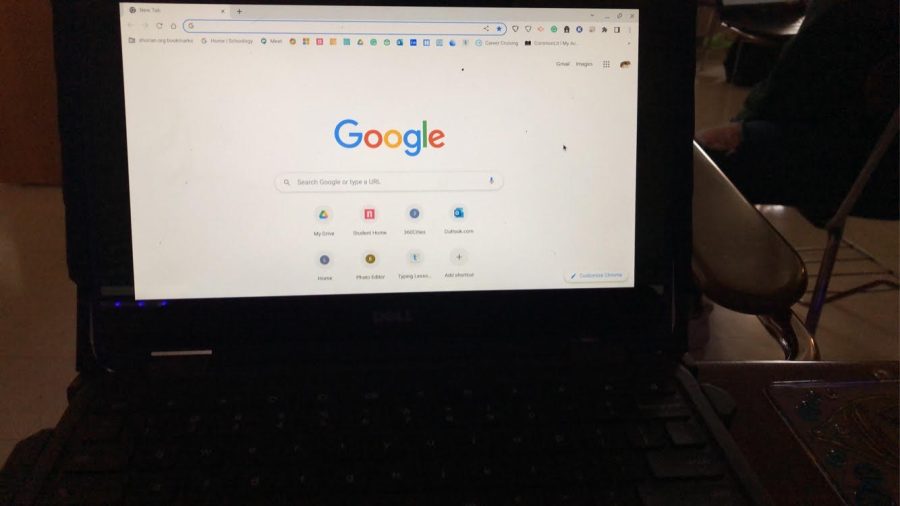 Technology is constantly evolving. Think back to the first computers, the first phones, or even the first TV that came out.

When technology was first introduced, the technology could only do so much. The first phone didn’t have social media or even a way to text. In the year 2022, phones can scan faces and fingerprints, send images, track locations, and even use Bluetooth. Technology has become so advanced to the point that without it, the world wouldn’t work properly. Schools especially have adapted to newer technology. Most schools give their students tablets or laptops.

Lake Shore High School distributed Chromebooks to each student to create an easily accessible education. However, the Chromebooks were handed out many years ago. I believe that the students need updated technology, and I am not the only one voicing this opinion.

Currently, the students at Lake Shore high School are using a Dell 3189 Convertible Chromebook. “Since these models are five years old, we are definitely in need of new devices! The district just recently purchased new models and cases which will be prepped over the summer and ready to distribute before the new school year begins this fall,” says Toni Harkonen, the Media Technology Assistant at Lake Shore Highschool.

Chromebooks have definitely have their benefits, but they also have a few disadvantages. One disadvantage of Chromebooks is how frequently they become outdated. New computer models are created very often. As the Chromebooks get outdated, they become difficult to use, inconvenient to handle, and lose a lot of their functions.

There are ways you can preserve your Chromebook to make sure they work well for the remainder of its time in your possession. “To keep Chromebooks intact, we suggest leaving the case on to protect it, rebooting the Chromebook from time to time (press the Refresh and power button at the same time for a few seconds), and powering down the device when not in use,” Harkonen mentions.

“Each day varies with the amount of students that come to the Tech Office with Chromebook issues. For the first month or two of the school year, there can be up to 30 students a day coming in with issues. After the initial beginning of the year chaos, we may see around 10 or so students per day coming in with issues everything from broken or non-working parts or just needing to borrow a spare Chromebook for the day,” says Harkonen.

Modernizing the student’s Chromebooks will also keep them in class rather than having to go to the tech office.