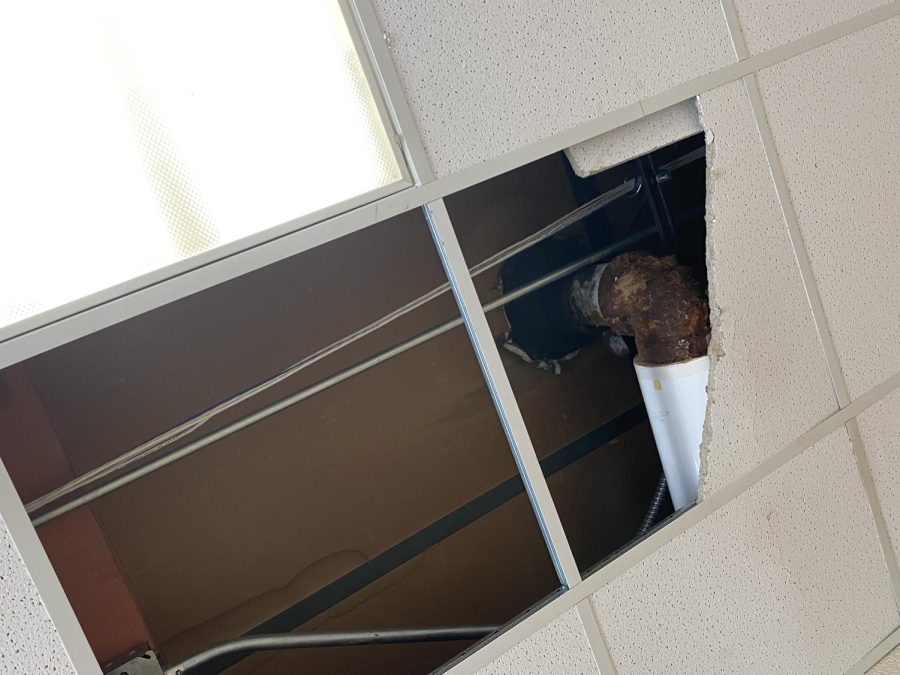 On March 29, 2022, the students at Lake Shore High School were sent home at 8:30 am because of plumbing issues in the school. Photos of the flooded school went through the internet and spread around. So, what happened exactly?

In the morning, an old water pipe broke while a janitor was working on one of the toilets in the middle part of the school.

“The pipe was probably already about 50 years plus in the building,” Jason Schoenherr, the head janitor at Lake Shore High School said. “It was an accident and it happens when pipes get that old,” he added.

After the janitors tried to fix the problem on their own, they had to shut down the water in the whole school, because it would flood a big part of it otherwise. If the water is shut down, the school counts as unworkable, so the students had to be sent home.

To fix the problem, a special company came to the school in the afternoon and put a new pipe into the ceiling. The next day, the students went to school again and the damage was mostly fixed. The costs were paid from the insurance of the school and the payment is mostly completed.

After spring break, the students and the staff at Lake Shore High School heard a loud sound in the middle part of the building.

“We hear this sound usually every spring and there is no relation to the broken pipe. A little bit of air comes into the pipes every year and the sound comes. It is nothing to worry about,” Schoenherr said.

Issues like this can happen and it is just normal at an old building. However, it shouldn’t affect the school life and learning process of the kids and the staff.