Who Are The Incels? 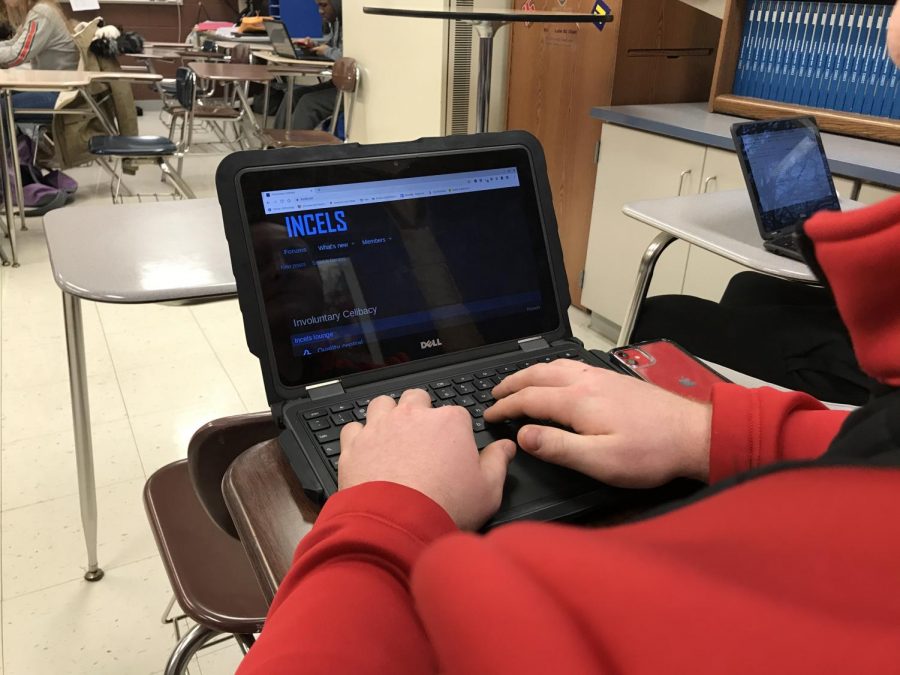 Many groups that have a history of violence and radicalized ideas are spotlighted by the media and the government forcing them to be solely recognized for the danger they bring to society. The “Incels,” short for their self given name “Involuntary Celibates,” fit the actions of this dangerous group, except they are almost unknown by the general public.

Internet subcultures live far below the surface of viral and known content on the web. There are online forums specifically just for the Incels. Where they can be as vulgar as they want, with no restrictions. They can tell jokes about suicide, rape, and murder with no flag from other users, because they all have the same moral code. The moral code being nothing. Because of this, the Incels are a little-subculture amongst parents, teachers, and the overall public. However, their dangerous rhetoric has reached many young men, even those at Lake Shore High School.

The Incels have grown in online chat rooms specifically created just for them. Such as: Incels.net, Incels.me, Inceltears on Reddit.Com, and more. They start out as ways for young guys facing romantic rejection to find solace in his pain and being able to talk to others who are facing the same adversity. Though at a glance at one of these chat rooms, the previous notion becomes an obvious lie. A thread on Incels.net titled “What if we orchestrated a damsel in distress situation?” is an example of the lie around their so-called “support” they provide. There is a conversation around dating, but it is not a comforting one.

For example, one user tells of how he should hire a homeless man to scare a woman and he will appear to save her and then for repayment of his “knightly” action she should have sex with him (this is paraphrased due to the obscenity in the literal quote). This comes back to the notion that being a nice guy must come with a reward. In other words, their participation trophy is sex.

The conversations on Incel forums contain a unique language. As apart of Incel culture there is a hatred toward women as well as traditionally good looking men. These women are often referred to as “Stacy’s” and “Foids” while the men are referred to as “Chads”. As for the “Chads,” one can guess that this name comes from the mocking of frat boys.

They also have terms derived from the movie The Matrix such as “red pill” and “blue pill.” The “red pills” define how feminism has ruined modern society and the “blue pill” is the direct opposite with the belief that society has not changed and feminism is not in existence. For more terms click here.

Why do Incels hate women so much though? The root is they believe all women are promiscuous. That all women think about when they date is if their partner is good looking and the Incels classifying themselves as ugly, believe they are now the victim. That the reason no one will date them is not because of something to do with them, but the other party involved, women. It is the same as throwing a glass vase and being mad at the glass for breaking. The Incels believe they hold no accountability for any of the actions “against” them. And, honestly, it is no surprise they have that mindset. The phrase “Boys will be boys” is a prime example. In our society, boys’ actions never seem to be stopped or condemned. So, why as adults should their morality work any differently?

Senior, Elizabeth Stecher says, “Incels are incredibly dangerous. They project their inability to find love onto women, and don’t even think of us as human beings. The amount of women who have been abused, raped and killed because of ‘involuntary celibacy’ hate crimes are absolutely disgusting and something needs to be done.” This sentiment is shared by many.

Incels are a hate group in every sense of the term. They spew misogyny and violence against women for simply being women. They must pay for their romantic rejections, because they believe that it’s everybody else’s fault but their own. Their narcissism is what starts their hate.

To be honest, this hatred of women is not something new, it has been around for ages. The only difference this time is that the hate is online. So, please do women a favor and stop hating them for simply existing. It is not our fault you can’t get a girlfriend. Take some accountability for your actions.