What Shorians Should be Watching on Netflix 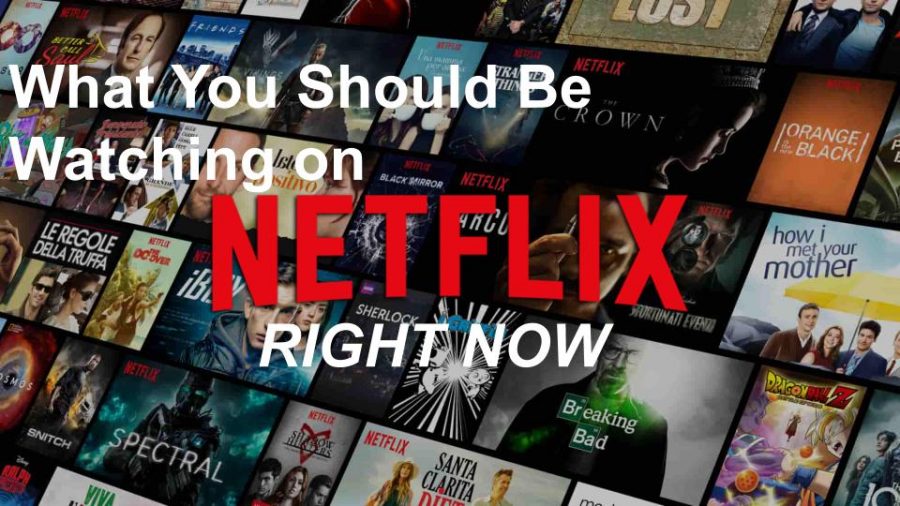 Students of Lake Shore High School are you tired of long school days? Are you tired of homework every day? Most of all, are you tired of never having anything entertaining to take your mind off the stale day? Well, here is a list that will answer all of those questions!

The first show you should be watching it a show called Hip-Hop Evolution. This show is a detailed documentary on Hip-Hop spanning from the ’70s with MCs and DJs to the 2000s with Lil Wayne and 50 Cent. Each episode is 40 to 50 minutes with four seasons. This show is a great watch for rap fanatics or anyone interested in history. Scattered through every episode interviews from rappers from that time.

The Chilling Adventures Of Sabrina is a great teenage drama about a young witch trying to fit into a normal modern teen’s life.Throughout this show viewers will be captured by the enchanting story and relatable well casted characters. Each episode runs about 50 minutes to an hour with an understandable and gripping plot. If you love shows like Riverdale, Vampire Diaries or 13 Reasons Why, you’ll love this show. This show is a chilling adventure with three seasons given to us as parts with attention-grabbing performances from actors like Ross Lynch.

Everything Sucks! sounds like a gloomy title for such a great show however it is an underrated masterpiece. This show is based in the mid-90s is a teen drama about a group of 9th-grade boys in the AV Club. A boy in the group named Luke catches a crush on a girl, but little does he know she is a lesbian. Everything Sucks features a great soundtrack with songs from Mary J. Blige and other great artists. Each episode runs about 27 minutes with one season out so far. If you enjoy shows like Stranger Things, On My Block or Atypical then Everything Sucks! Is a perfect show for you.

6 Underground is a movie about six bounty hunters on one team looking for their last bounty to take down a brutal dictator. This movie runs for about two hours and eight minutes. Directed by Michael Bay and an amazing performance from Ryan Reynolds, this movie’s exciting action and witty dialogue will keep you occupied leaving you wanting more. If you enjoy movies like The Hurricane Heist or Inception you’ll enjoy this movie.

Rim Of The World is an underrated great movie fast-paced enthralling action this movie is a fun and outstanding watch for anyone with time. The movie follows four teenage kids thought to be the only ones left on earth after aliens attack the planet. This movie was shot by McG and performances from Jack Gore and Benjamin Flores Jr the movie is packed with action and comedy. This movie runs for one hour and thirty-eight minutes you see what the kids have to do to save the world. If you like movies like Independence Day, Cloverfield or What Happened To Monday this movie is for you.

The King is a vivid recount of Henry V becoming king in the 15th century based on Shakespeare’s historical plays called The Henriad. The King runs for two hours and twenty minutes with great shot scenes and dialogue you do not want to miss this movie. This movie is gory and does feature partial nudity, this is a gritty account of war and life in the 15th century. Directed by David Michod, he captures a true medieval feeling with the long shots of open rolling hills and towering castles. If you enjoy movies like The Outlaw King or enjoy shows like Game of Thrones this movie is a perfect fit for you.

One of the last shows I recommend is The Messiah.The Messiah is about a man named Al-Masih creating a massive following after delivering Damascus from disaster and people start to think he is god.After he makes this following the FBI starts to track him and tries to put a stop to him.All ten episodes is goes for fifty to forty minutes.With two point of views the show will give you a choice to side with the government or Al-Masih.The Messiah is a refreshing and thought provoking show.