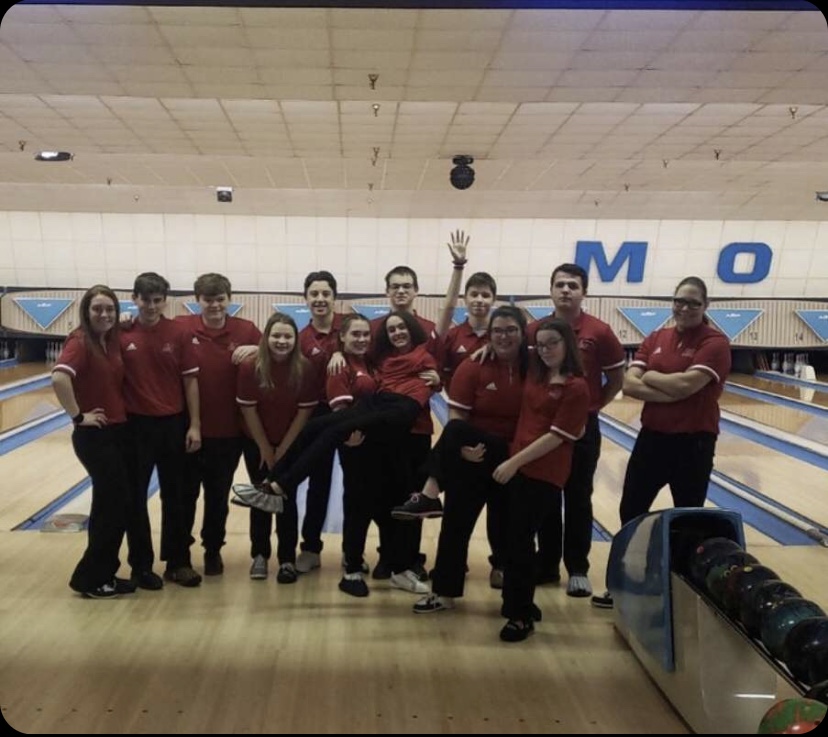 This year’s bowling team had a great season. As they ended their regular season, all the teams did something huge. From having bowlers earning trips to states, to the team creating memories with each other.

Dani DeCruydt, a junior at Lake Shore, ended last year as an all-state bowler and came into this year looking to get even better. She ended this year’s MAC Red singles tournament as the champion. She also is even more proud of what the team has been able to do this year. She said, “The highlight of the team this year was tying for first in the MAC red division because we all played a part in that accomplishment.”

Although there has been many highlights on the recent success for the teams, there also has been some personal struggles. DeCruydt believes that they just need to go out there and have fun and not worry too much. She said, “A struggle the team has had this year is if someone makes a mistake they get down on themselves, and they overthink too much about it.”

As an inexperienced team, not only are they looking to improve individually, but they are also looking to improve as a whole. As both teams bring on a challenge of experience with 10 new bowlers on girls and boys squads. DeCruydt explained, “Something that is new for the team this year is that [it] mostly has all new bowlers on the varsity team that were moved up from last year.”

As the season ended this past weekend for the teams with regionals. DeCruydt talks about what she loved from this year’s team. Not only did she connect with her team more this year, but she also made more friends with her opponents. DeCruydt said, “A good memory from this year’s meets were getting closer with other teams and making new friends from different schools.”

Although the Lake Shore bowling squad’s regular season is over, they have the girls’ varsity team going to states and four people earning trips to states. Dani DeCruydt, Mackenzie Greenshields, Nate Shelton, and Ben Augusitus all earned a ticket to states. DeCruydt won the MAC Red MVP and also she made the All-Conference team with Greenshields.

If you want to come and support our bowlers, team states are this friday and singles are saturday at Thunderbowl in Allen Park. We at the Shoreline would like to say good luck to everyone and hope for the best. GO SHORIANS!